Article from the New York Times

The college dorm is a pretty intimidating setup, when you think about it. You’re sharing a house with a few hundred of your peers. You know that at least some of them are destined to be your friends. These future allies are rattling around out there somewhere in this gigantic building. But how will they find you? How will they know that you’re you, fascinating and smart and ready to bond?

You have one billboard available to you: your room door. Student doors are crowded, frenetic, typically plastered with a high-energy mishmash of goofy roommate photos, random quotes, celebrity pictures cut from magazines and notes from friends. One pair of roommates, in a kind of meta-commentary on the whole project, actually posted the word “pastiche” on their door last semester.

The transformation begins at freshman orientation; resident advisers welcome new students with name tags, decorations and whiteboards — for analog, real-world text-messaging, to keep track of one other and to advertise their own whereabouts, at all times.

Cathy A. Small, professor of anthropology at Northern Arizona University, wrote about the cultural phenomenon in her 2005 book “My Freshman Year: What a Professor Learned by Becoming a Student.” Dr. Small, who wrote under the pseudonym Rebekah Nathan, enrolled undercover to research an ethnography of student life. She noticed that the indigenous group communicated through their dorm doors. 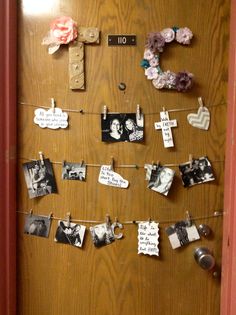 “Students identify with an image of friendliness, sociability, freedom, friends and fun,” Dr. Small said in a recent interview. “The images you see on their doors reflect these values. The doors say, ‘We’re not doing things that are very serious, we’re enjoying ourselves, we’re with friends, not family.’ In the photos on the doors, they’re often not even posing in a traditional or normal way. Someone might be standing on one foot, or lying on someone else’s stomach, or making a face. It sends a message of being a little out of control.”

The doors on these pages, spotted this past semester at seven campuses, are collages of visual irony: found objects, vintage images and unexpected juxtapositions. Dr. Small says it all fits in with the dominant themes. “What’s really being represented is this idea of spontaneity,” she says. “The student is saying, ‘I so don’t think about this, what you’re seeing is practically a free association.'”

Except, of course, the dorm room door isn’t really an exercise in free association. It’s a message, directed to those as-yet-unmet friends out there. It says: Here I am. You found me at last. 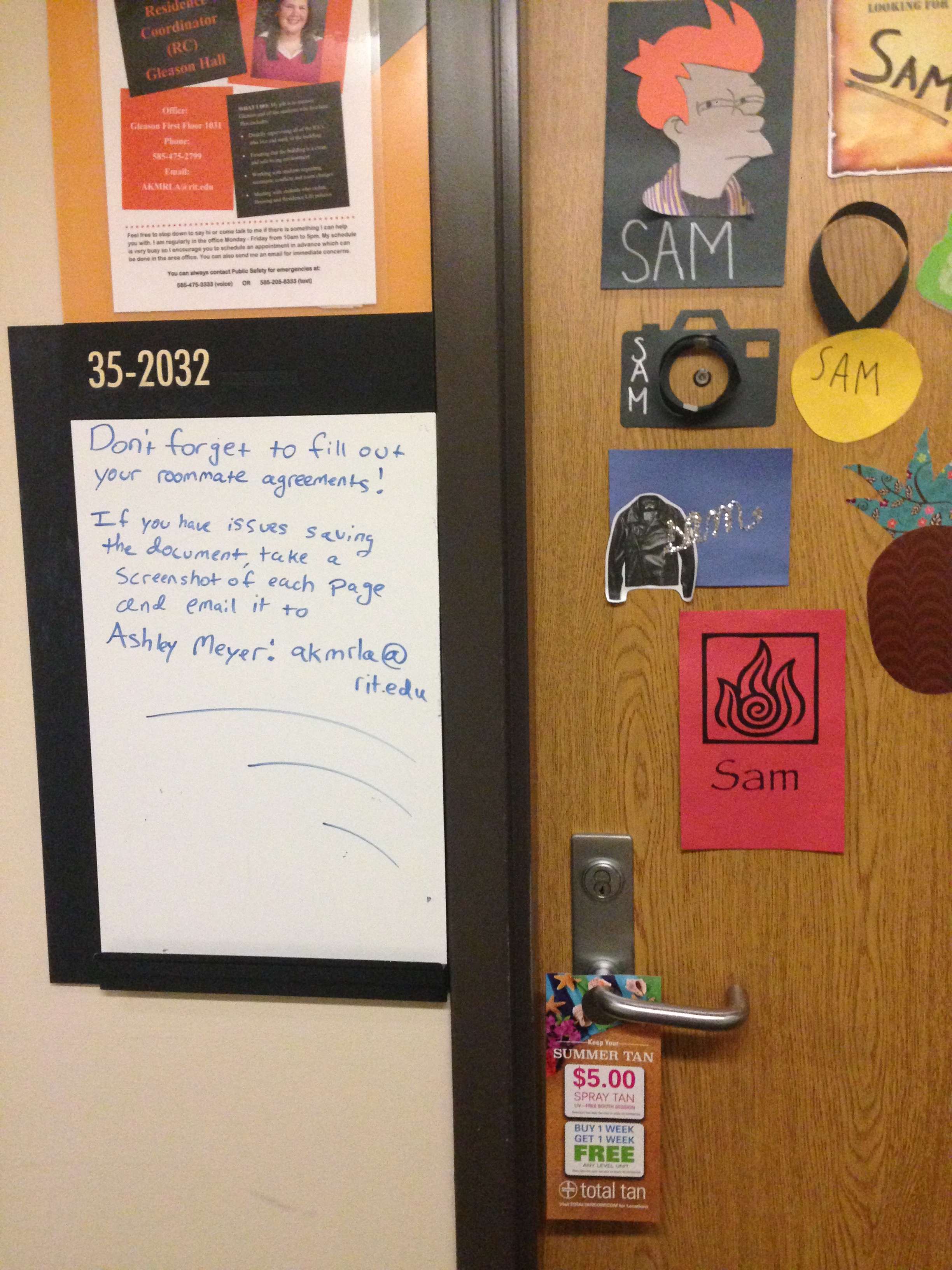 HOW ONLINE TRIVIA CAN ELIMINATE YOUR COLLEGE DEBT